Online legal education in India is still at the infancy stage. In fact, the concept of online education has not been accepted with full heart in India so far. Another area of concern is the academic nature of our educational system where there is no real choice between skills and degree. A blind race to acquire a degree would not bring any tangible benefits except unemployment and frustration. This is the reason why India must stress upon skill based education and trainings.

Skills based education and training can be effectively imparted if we adopt online education or e-learning methodology. This is more so in the legal education field that has mostly remained untouched by the use of information technology for educational purposes.

Perry4Law’s Techno Legal Base (PTLB) has been working in the direction of establishment and working of online legal education in India for long. Not only this, PTLB Virtual Campus is also providing many techno legal skills development, training and education courses in India and around the world through online education, distance learning and e-learning modes. We are also helping young school children in choosing the most appropriate courses for legal career. However, our courses have been designed for stakeholders ranging from school children to teaching faculties.

Taking these initiatives a step further, PTLB has launched two dedicated initiatives in these fields. These are launching of dedicated websites for virtual legal education campus (VLEC) of India and virtual law campus (VLC) of India by PTLB. These websites would be fully functional very soon and virtual legal education would get a new shape and meaning in India. Further, we have also launched Twitter accounts named PTLB Virtual Campus and Virtual Law Campus that would help in better coordination and information sharing between PTLB and various stakeholders.

PTLB is in the course of adding and introducing novel, qualitative and highly efficient training, skills development and education tools and technologies. We are also introducing some very unique and highly required techno legal and other courses that are not properly represented in present times. PTLB is also exploring tie ups and collaborations with universities, colleges and other online learning platforms in India and abroad.

Our initial idea is to use PTLB Virtual Campus for various techno legal courses, trainings and skills development programs like cyber law, cyber security, cyber forensics, etc. Whereas we intend to use Virtual Law Campus for legal fields and law courses that are imparted in universities and colleges. However, both Virtual Legal Education Campus (VLES) and Virtual Law Campus (VLC) would primarily cater the requirements of legal courses, trainings and skills developments initiatives though we may add other techno legal courses as well. PTLB would share more details about PTLB Virtual Campus, VLEC and VLC very soon. 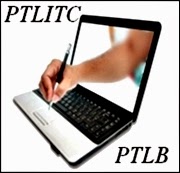 We hope our initiatives would go a long way in reducing the skills development gaps that are presently troubling India.

Skills Versus Degree: What Would You Prefer?

The skills development in India has got a budgetary boost.  The budgetary allocation mentions that any institution or body can offer training and skills development courses in India. However, once such training and skill development courses are over, the candidate have to clear a test conducted by authorised certification bodies. Upon successfully passing the test, the candidate will be given a certificate as well as a monetary reward of an average of Rs 10,000 per candidate.

Perry4Law Organisation and Perry4Law’s Techno Legal Base (PTLB) welcome this effort of Indian government. At the same time we would like to emphasise that all monetary and non monetary benefits and incentives that can accrue to potential job seekers and self employed professional are possible only if they have undertaken adequate and proper skills development training and education.

If a candidate fails to clear the test as conducted by an authorised certification body, he would neither receive any monetary incentive nor would he be entitled to the certificate issued by such body.

We believe that candidates must concentrate more upon skills than degrees and diplomas that are merely academic in nature and devoid of any skills oriented trainings and courses.

After all if a person does not possess any degree or diploma but she is well skilled she may still be able to manage her own business or self employment venture. But in the absence of such crucial skills even the degree or diploma would fail to provide any employment cushion to her.

Interested students and organisations may contact us for enrollment and partnership respectively. We are also open for MOUs, Empanelment, Franchise and other business opportunities. Students must go through the application form and FAQs before enrolling.
Posted by PTLB at 8:19 PM No comments:

Perry4Law Organisation and Perry4Law’s Techno Legal Base (PTLB) welcome this move of Indian government. We believe that this would help in strengthening the skills development initiatives of both governmental and private institutions.

In furtherance of this laudable objective of Indian government, the National Skill Development Corporation (NSDC) has been asked to set the curriculum and standards for training in different skills.

The best part is that any institution or body can offer training and skills development courses. Once such training and skill development courses are over, the candidate have to clear a test conducted by authorised certification bodies. Upon successfully passing the test, the candidate will be given a certificate as well as a monetary reward of an average of Rs 10,000 per candidate.

Further, Indian government must also suitably amend the Apprenticeship Act and similar educational and skills development related legislations and regulations. The community colleges are also required to be encouraged to help build quality in skill development and making individuals employable.

At PTLB, Perry4Law’s Techno Legal ICT Training Centre (PTLITC) and Lifelong Learning Centre Of Perry4Law we provide world class techno legal education, training, skills development courses for Indian and international students. The best part is that we are providing these courses, trainings and education through distance learning and e-learning mode. Thus, students from around the world can enroll for our courses.

Interested students and organisations may contact us for enrollment and partnership respectively. We are also open for MOUs, Empanelment, Franchise and other business opportunities. Students must go through the application form and FAQs before enrolling.
Posted by PTLB at 7:15 PM No comments:

Right To Education Act Of India: Success Or Failure

In this Guest Post, Praveen Dalal, managing partner of law firm Perry4Law and a Supreme Court Lawyer, is discussing about the implications of the Right to Education Act in India.

Article 21 A provides that the State shall provide free and compulsory education to all children of the age of six to fourteen years in such manner as the State may, by law, determine. Article 45 of the Constitution of India has also been reframed and substituted and it provides that the State shall endeavour to provide early childhood care and education for all children until they complete the age of six years.

In Article 51A of the Constitution, after clause (k) has been added that mandates that a parent or guardian has to provide opportunities for education to his child or, as the case may be, ward between the age of six and fourteen years.

The Right to Education Bill, 2005 was introduced to give effect to the Constitution (Eighty-Sixth) Amendment Act. The Right of Children to Free and Compulsory Education Act 2009 finally came into force on 1st April 2010.

In my personal opinion, the Right to Education Act was drafted in haste and without many deliberations. The Act has also “Diluted” the “Protections” available under the Constitution of India.


For instance, the original Article 45 of the constitution provided that the State shall endeavour to provide, within a period of ten years from the commencement of this Constitution, for free and compulsory education for all children until they complete the age of fourteen years.

Of course, the State is under an obligation to provide early childhood care and education for all children until they complete the age of six years under the reframed Article 45.  This would again create a conflict between The Right to Act, Article 21A, Article 45 and Article 51A (k).

The best example of this conflict is the Pre School Admissions Procedure that starts at the age of 4 in New Delhi. Various schools have framed their own “Point Criteria” that is going against the mandates of Article 21A, 45 and 51A (k).

If the State is under an Obligation, to provide early childhood care and education for all children until they complete the age of six years, the Pre School/Nursery admissions are clearly its obligation. Till now the State has failed to fulfill this obligation.

The Act is also discouraging filing cases and taking legal actions against Schools/Individuals that violate all the basic norms of Education and indulge in “Corrupt Practices”.

It seems the net result of the Right to Education Act is to give “Full Leverage” to Schools, imposing “Obligations” upon the Parents and “Abdicating” the Constitutional Duties on the part of the State.

Fortunately, the Delhi High Court is presently considering many of these aspects and I hope it would come up with some good “Solution” in this regard that was expected from the Supreme Court and Central Government and State Governments.

Meanwhile we have to ask ourselves a simple question. Do we really need such an Onerous, Biased and Burdensome Right to Education Act in India? Let the Readers and Delhi High Court decide.


Further, dedicated blogs on computer security in India, computer forensics in India, e-discovery in India, international ICT policies and strategies, etc have also been launched by us.


Our cyber security initiatives and projects in general and techno legal initiatives in particular are moving towards global level. If you think that your organisation or you in your individual capacity can be a valuable addition to our projects and initiatives, you may find the segment of MOU and tie up with PTLB useful. Send us your professional proposals and we may revert back to you for a suitable business collaboration opportunity.

Source: Cyber Security Issues In India.
Posted by PTLB at 10:43 PM No comments:

Cyber security in India is crucial for national defence and none can doubt about it. This realisation has come at a time when there are many glaring cyber security problems of India.  Cyber security challenges of India have become so vexing that even the highest level of Indian government has starting talking about it.

However, mere talking is not enough as it is high time for India to act. While acting India must not commit the conventional and classic blunder of procuring hardware and software and assume that its cyber security requirements have been duly met.

The cyber security reflections of India in the year 2012 showed a poor state of affairs in India. We have no dedicated cyber security laws in India as on date. Indian critical infrastructures are vulnerable to cyber attacks and we must ensure sufficient cyber security for the same. We at Perry4Law’s Techno Legal Base (PTLB) are managing some very effective techno legal cyber security in initiatives in India.


We hope our techno legal skills development, education and training courses would be beneficial for all the stakeholders. If you are interested in the techno legal courses of PTLB, you can fill the application form that can be downloaded from here. Additional information in this regard can be found here.

Source: Cyber Security Issues In India.
Posted by PTLB at 4:42 AM No comments: