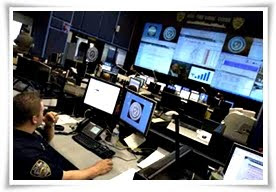 In India intelligence agencies and law enforcement agencies are practically governed by no law. Even the constitutional validity of national investigation agency act, 2008 is still doubtful. Further, India does not have a constitutionally sound lawful interception law. Phone tapping in India is still done in an unconstitutional manner and at times by private individuals as well.

All this is happening because Indian government in general and intelligence agencies and law enforcement agencies in particular are not trained enough to engage in highly sophisticated intelligence gathering. In fact, the intelligence infrastructure of India is in big mess.

At Perry4Law Techno Legal Base (PTLB) we provide techno legal online and offline trainings and skill development courses for law enforcement and intelligence agencies. PTLB has also been suggesting for the formulation of legal frameworks for law enforcement and intelligence agencies of India. Further, PTLB also believes that we urgently need a lawful interception law in India that can take care of both technical and legal aspects of electronic communications monitoring and interceptions.
Posted by PTLB KPO at 4:21 AM No comments: 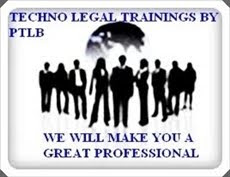 Skill development in India is need of the hour. India has to free itself from the academic and unproductive education system that is presently producing mass scale graduates with no employability. Equally unproductive are various diploma programmes that do not guarantee any job these days.

If you are a professional, law graduate, lawyers, judges, police officer, cyber crime investigator or any other similar professional, you may be interested in our world class techno legal trainings and skill development courses.
Posted by PTLB KPO at 11:14 PM No comments: